Richard, Sarah, Hannah, William and Atalina Ballard could all answer yes to their parents, when they left doors open when they were older, because they were born in a tent.

Their parents John Thomas and Mary Ann Ballard moved to Goolwa, South Australia in about 1853 with Mary Ann’s two children from her first marriage Priscilla and Henry.  Richard was born in December 1853 and is said to have been the first white child born in what was then called Hutchinson’s Township (Goolwa).  The family camped on what is now the corner of Hays St and Newacott Place but was then known as Ballard’s of Hutchinson’s Paddock.  All the children from Richard through to Atalina were born in that tent dwelling. 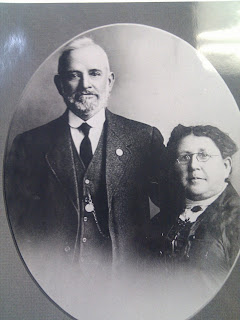 John Thomas Ballard  was officially registered as the property’s owner on 20 July 1866 and was granted permission to build later that year.  I’m sure Mary Ann was eternally grateful when the house was completed and she was able to give birth to her son John Thomas Jnr indoors in 1869. 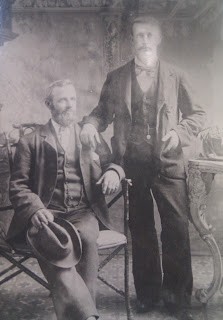 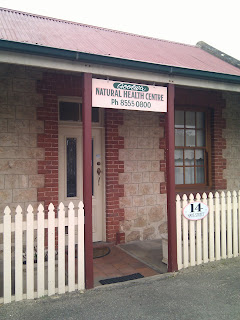 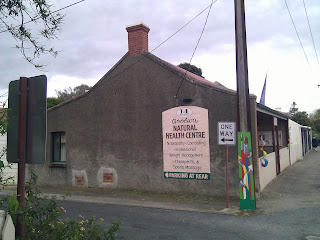 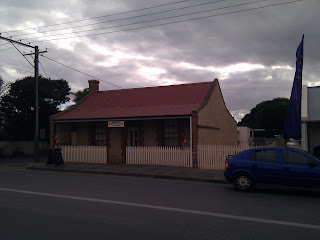 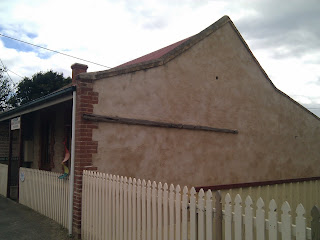 This is what the house looks like today
On 19 June 1897 Lot 15 Hays St was sold to Mr and Mrs Eliezer Hainsworth Dodd Snr. Here is a very distant connection between my parents nearly 60 years before they met. The Ballards are on my Dad’s side of the family and the Dodds are on my Mum’s side. The Ballards and Dodds would’ve known each other too because the Dodds lived in Goolwa for a long time.
Here are the previous posts I’ve written about Eliezer Hainsworth Dodd;
http://kyliewillison.blogspot.com/2011/07/eliezer-hainsworth-dodd-snr.html
http://kyliewillison.blogspot.com/2011/07/ps-mundoo-built-by-eliezer-hainsworth.html
The bulk of my research for this blog post was done at the Alexandrina Library History Room.