My Mum organised a Family Tree day, with our Buring relatives, which coincided with Australia Day.  I printed out a big family tree chart for those who were present and I had my laptop with the whole tree on it handy for answering questions and displaying info and pictures!

My Aunty Jenny had albums full of photos and documents I hadn’t seen, they are a treasure trove which I will revisit and scan.  Amazing!!!

She also has this family member’s wedding veil but isn’t sure whose it was, it’s very old. 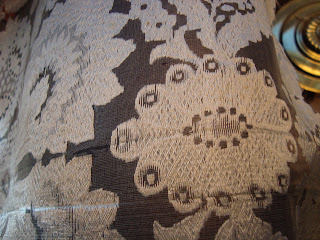 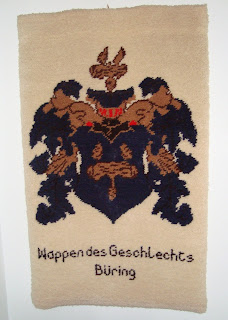 My Grandma had the family crest made into a hook rug kit which she made into this great wall hanging.
As I’ve written previously I haven’t been able to find out anything about the Burings before they came to South Australia.  However one of the precious pieces of information I received this day was that it’s believed that the Burings came from Unter Den Linden in Berlin.  Unter Den Linden is a boulevard in the Mitte district of Berlin.  So I don’t know if this means they lived on the street or in the area but it will narrow down my search for records a bit. 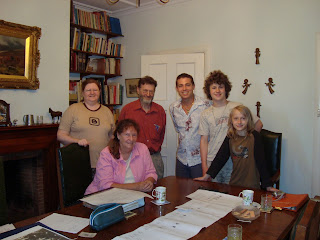 We had such a good day that we want to repeat it next year!!