Linnea Alice Percival was born on the 9th Jan 1915 in Richmond, New South Wales. I have found out little about Linnea’s childhood other than she was flower girl in her sister Elma’s wedding in 1925 and that growing up with a famous pilot brother, Edgar W Percival, she must have spent time around aeroplanes and pilots.  There is much written about Edgar and his career as a pilot and aircraft designer.

In December 1939 Linnea’s engagement to ‘Buster’ Brown (Archibald Frederick Brown) was announced. Was this ‘Buster’ a dashing figure? I like to think he was. A commercial pilot, the well liked Buster, was employed in training RAAF cadets.

The couple were married on the 11th Jan 1940 at St John’s church, Darlinghurst. Archibald and Linnea chose not to go on a honeymoon as he said that, “every pilot instructor was needed to train cadets for the air force.” 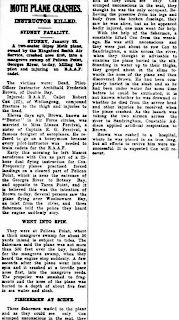 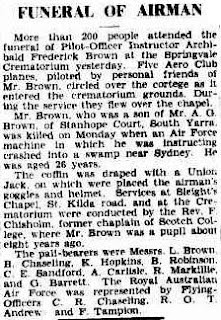 Archibald Frederick ‘Buster’ Brown was killed on an instruction flight on the 22nd Jan 1940, just eleven days after their wedding. 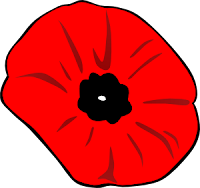 I think of Linnea’s shock, and that of their family and friends.  A newly married couple, yes during war time, but he wasn’t a soldier he was supposedly safe here in Australia not overseas.

My romantic heart thinks of love stories and movies, the hero dies, the heroine is heartbroken, will she ever love again? Yes, in 1944 Linnea marries Edward Alan Cock.  They had a daughter in 1946.  Ted was also a pilot and served in the RAAF until 1950.  They moved around in the airforce living in Queensland and New South Wales.

Nothing more has been found of their life together yet.  I like to think that they lived happily ever after!