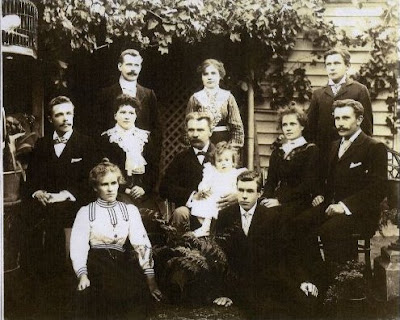 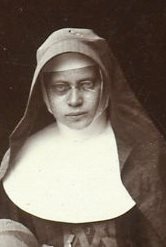 I’m having difficulty tracing Heinrich Franz Rudolph Buring’s forebears, as have other family researchers before me.  He came to South Australia with his parents Friedrich Adolph Buring and Caroline Henriette Auguste nee Jahn, and brothers, on the Princess Louise from Hamburg in 1849.  Friedrich was part of the Berlin Emigration Society, also known as the South Australian Colonisation Society.  His naturalisation papers state that he was a native of Berlin, Prussia.

The story of the Princess Louise began in Berlin in the late 1840s, during a period of revolution. At that time, Europe, spurrred by the earlier French Revolution, was facing a period of change, revolt, and uprising. In Berlin, in 1848, Richard Schomburgk, a gardener who had established a reputation as a botantist, and his physician brother, Otto, saw that there was little hope of their dream of democracy being achieved and, by 1849, a period of repression began. … The brothers formed a migration group, calling it the Berlin Emigration Society (other references say: South Australian Colonisation Society), and made plans to leave the Fatherland for a new start in Australia. …
So, in March, 1849, the Society chartered the PRINCESS LOUISE and set sail for Adelaide with a new wave of refugees, arriving in Port Adelaide on 7 August 1849. The Society was largely comprised of professional men, businessmen and skilled artisans, and has been called “the single most important group of German intellectuals to come to Adelaide”.

This is a snippet from the Australian Dictionary of Biography Online regarding Heinrich Franz Rudolph’s brother Theodor Gustav Hermann Buring.

BURING, THEODOR GUSTAV HERMANN (1846?-1919), store-keeper and vigneron, was born in Berlin, son of Friedrich Adolph Buring and his wife Caroline Henriette Auguste. He arrived in South Australia with his parents in the Princess Louise from Hamburg in August 1849. In Adelaide his father set up a brass-founding business with Ernst Fischer but died on 3 December 1856 at 40. Hermann and his brother Heinrich Franz Rudolph, later a well-known Adelaide tobacconist, were educated at R. C. Mitton and J. C. Hansen’s school at Pulteney Street, Adelaide. Hermann, who early showed marked business ability, was then sent to the country where he worked as a store-keeper for nine years and for three in a distillery at Seppeltsfield in the Barossa valley. After his marriage to Lina Dohrenwendt on 22 April 1871 he opened a store in Friedrichswalde (Tarnma) near Kapunda. For nine years he was agent there for Spring Vale wines which from 1869 were managed by his brother-in-law Carl Sobels.

If you have any ideas on how I might break through this brick wall and find birth records for Heinrich Franz Rudolph Buring and his brothers Paul and Theodor Gustav Hermann Buring as well as their ancestors, please leave me a comment as I am keen to find out more about the fascinating Burings!